Our first exploration kit includes five single-origin teas from different locations for you to taste and compare the various characteristics of each specialty tea. Check out our tea stories below if you are curious about what's in your cup. Jasmine White Laoshan Green Li Shan Oolong Milan Xiang, Phoenix Dancong Wuyi Black 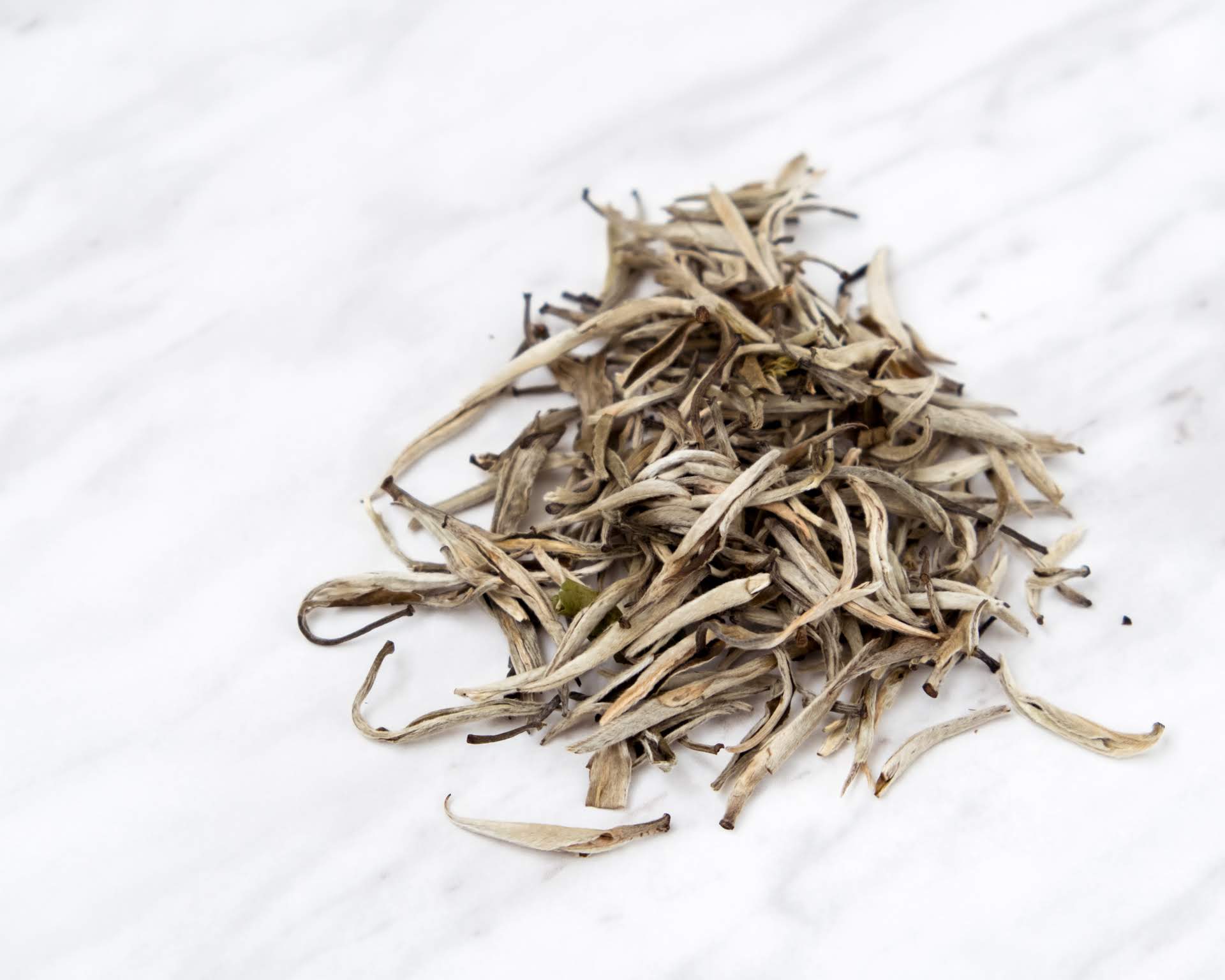 Who doesn’t like the scent of Jasmine? Especially when it’s paired with a sweet white silver needle. By infusing white tea with jasmine blossom through the age-old method, it gives this tea an extra airiness, like a walk in the garden in an early spring morning. Notes: Floral, Sweet Gongfu: 5g | 100ml | 95c | 5”  Western: 3g | 250ml | 95c | 25” Lincang, Yunnan is infamous for pu’erh tea production with its Da Ye tea variety. Yet our small family tea producer decided to deviate from this winning formula to explore new flavor.

The Story of Jasmine White

There is nothing ground-breaking about jasmine tea. However, it is the process that deserves the limelight. The traditional way of scenting the tea rides on tea’s ability to absorb aroma. To infuse the tea, fresh jasmine blossom, at full bloom at night, would be scattered onto the tea leaves and promptly removed by hand in the morning. This labour intensive process is not done once but multiple times (This Jasmine White has gone through this process six rounds). By doing so you would be able to enjoy a delicate white tea with natural and longer-lasting jasmine aroma that lingers even after multiple infusions. Back To Top 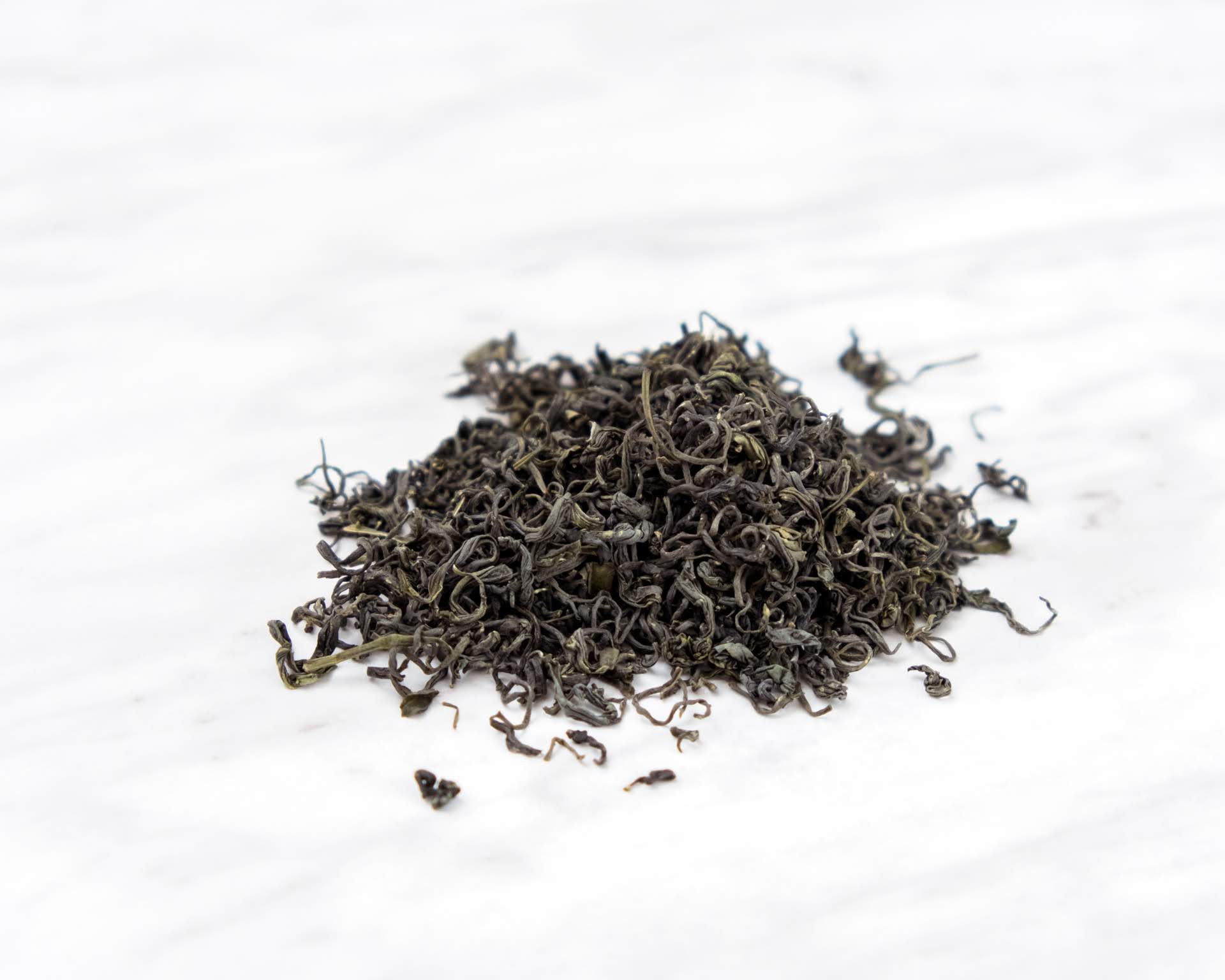 While green tea is enjoyed by many, astringency still seems to be a common connotation. We wish to dispute by sourcing this green tea from Laoshan, China’s northernmost tea region. The cooler climate might well be one of the secret ingredients for Laoshan green tea’s unique green bean sweetness, which differed from its southern cousins. Notes: Vegetal, Sweet Gongfu: 5g | 100ml | 80c | 5”  Western: 4g | 250ml | 80c | 30” This tea is proudly produced by one of Laoshan’s tea pioneers. Fighting the odds to cultivate a tropical plant in cooler climate, the tea producer persevered just so that they could turn this challenging but unique terroir to their advantage – the lower temperature and lesser rainfall force the tea to grow at a much slower pace, resulting with richer flavour.

The Story of Laoshan Green

Compared to other green teas that have been around for hundreds of years, Laoshan’s tea only has 60-70 years under its belt. Shandong’s harsh weather was never considered as an ideal environment for tea plantation. Luckily, some pioneers in the 50s decided to try regardless. After decades of trial and error and continuous refinement, Laoshan finally made its name as one of the tea producing regions in China. Thanks to their preservation we now have yet another delightful tea to enjoy. Back To Top 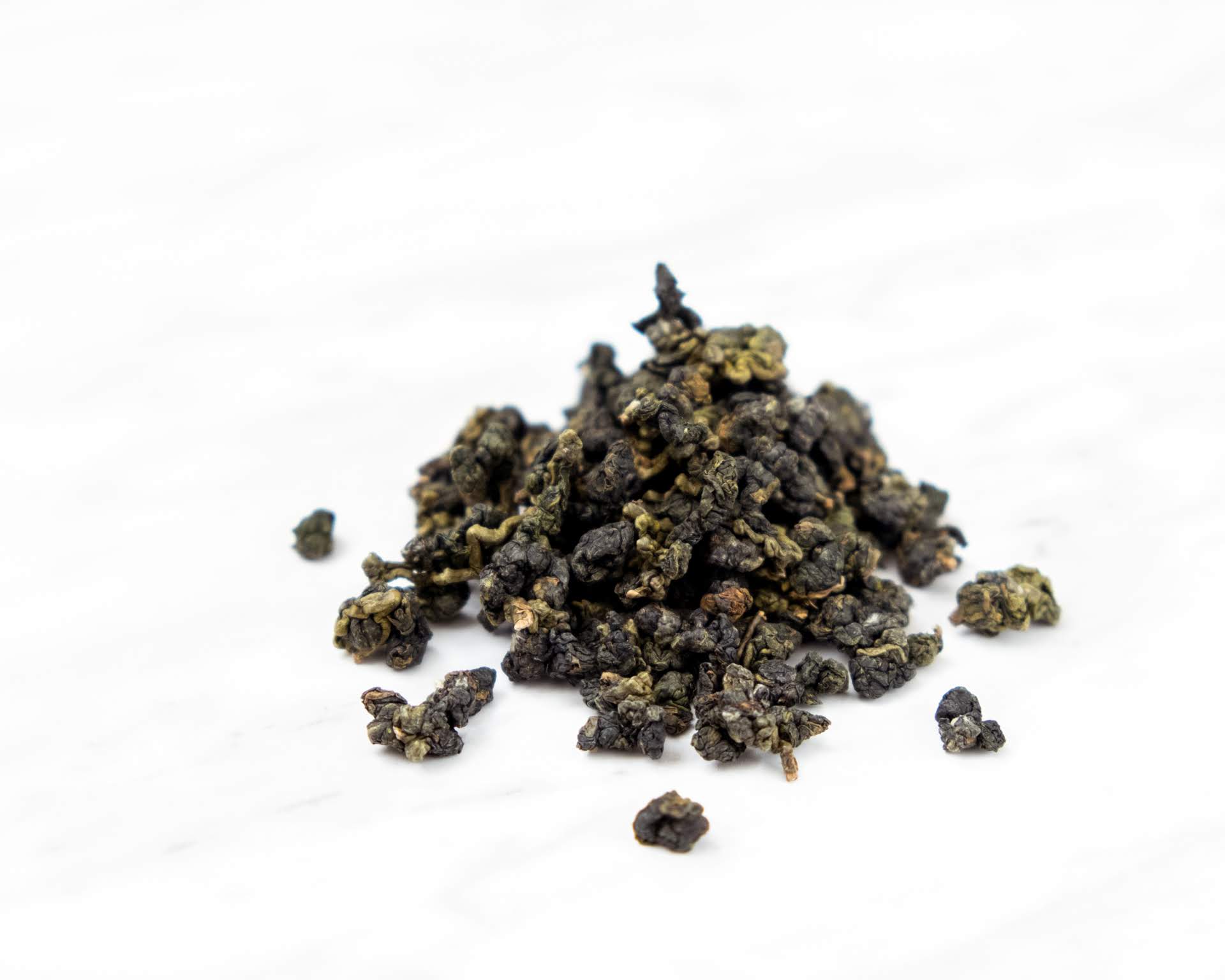 Taiwanese oolong is famous for its unique fragrance and flavor from the high elevation tea cultivation. Grown on one of the tallest mountains in Taiwan and nurtured by the misty climate with mineral-rich soil, this Li Shan Oolong is destined to be a floral and smooth tea that tea lovers would fight over for. Notes: Floral, Sweet Gongfu: 5g | 100ml | 95c | 5”  Western: 3g | 250ml | 95c | 1’30" Armed with 80 years of tea cultivating experience, this tea farm is now tendered by the 3rd generation tea producer. With high respect for traditional wisdom by retaining veteran tea makers, the young generation endeavours to innovate and push the tea production to the next level, without losing sight of their root.

The Story of Li Shan Oolong

Though oolong tea migrated from China to Taiwan more than 200 years ago, the high mountain tea concept did not exist until the 70s. It all started when a Li Shan fruit farmer Chen Jin Di was encouraged to experiment with tea cultivation on his farm by former President Chiang Kai Shek. When it’s time to name his tea, he drew inspiration from his high elevation farm, at 8,700ft above sea level, and called them high mountain tea. High mountain tea took off from there and became a signature for Taiwanese Oolong. 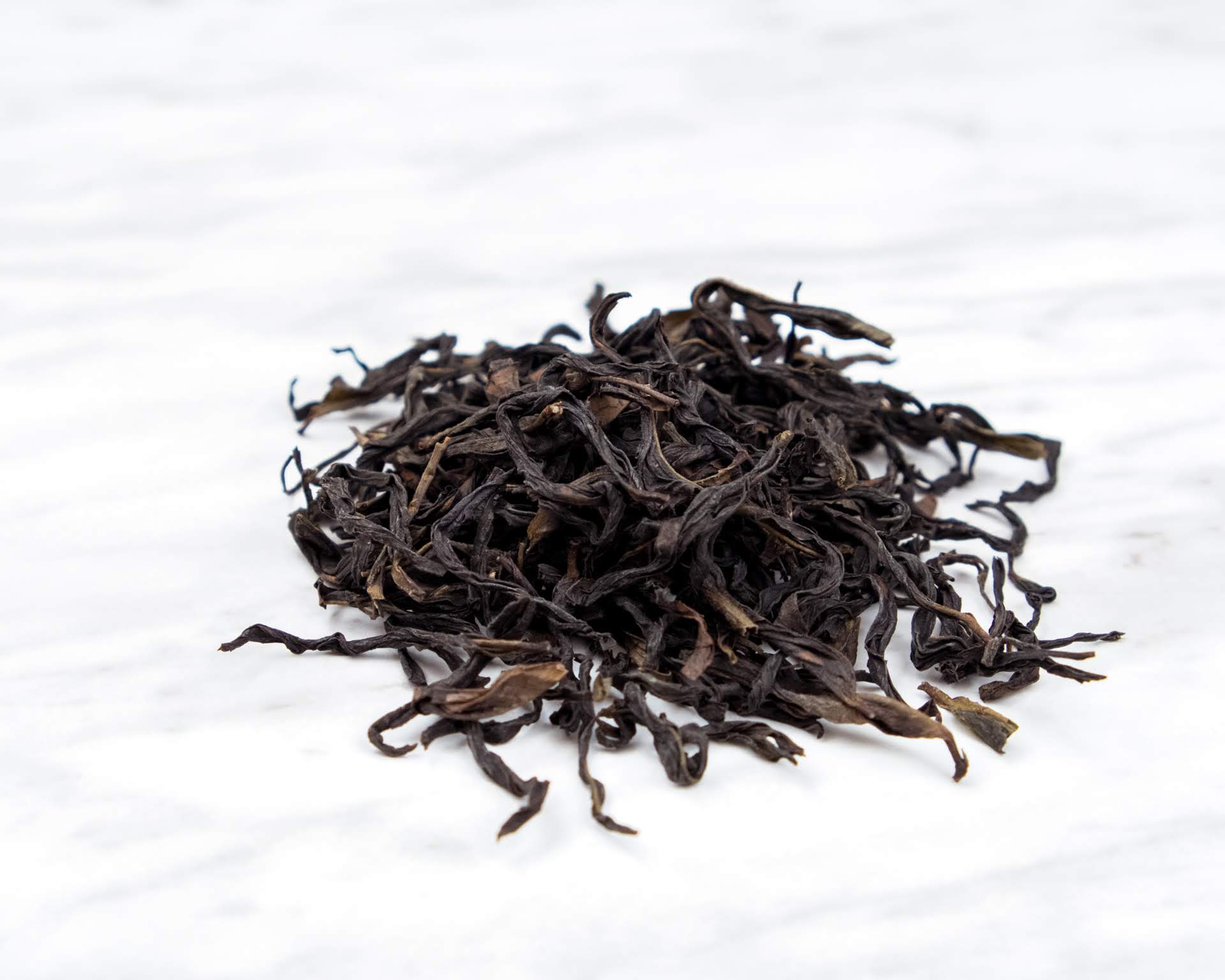 Milan Xiang, translated as honey orchid fragrance, never fails to leave impressions with its addictive aromatic quality. As suggested by its name, it has the sweet scent of honey, with a hint of orchid and sweet potato. Dubbed as “drinkable perfume”, Milan Xiang is often the entry in the Phoenix Dancong tea genre. Once you taste it, you will understand why. Notes: Floral, Sweet Gongfu: 5g | 100ml | 95c | 5”  Western: 3g | 250ml | 95c | 2’00” This Milan Xiang is handcrafted by a family farm situated in Wudong Village. This tea producer has been producing Pheonix Dancong for 80 years and is proud to process their tea that follows the labour intensive traditions. This tea is lightly oxidized then light roasted four times with charcoal to enhance its unique floral and sweet quality.

The Story of Phoenix Dancong

Phoenix tea has been around for more than 900 years, dated back to the Song Dynasty in the 12th century, and said to be the origins of Oolong tea. In the 16th century, records showed that it became an imperial tribute tea, which led to continuous refinement by tea producers. By the late 19th century, Phoenix tea producers began to select distinctive cultivars and developed the concept of single bush (Dancong) processing – Tea was picked and processed individually from a single tea bush to preserve the unique flavour notes and characteristics of that particular cultivar. This is how Phoenix Dancong got its name and claimed its fame.

In modern days, Phoenix Dancong is classified with a systematic categorization according to the type of flavor note, such as floral, honey, fruity, almond etc. How many would you like to savour? Back to Top 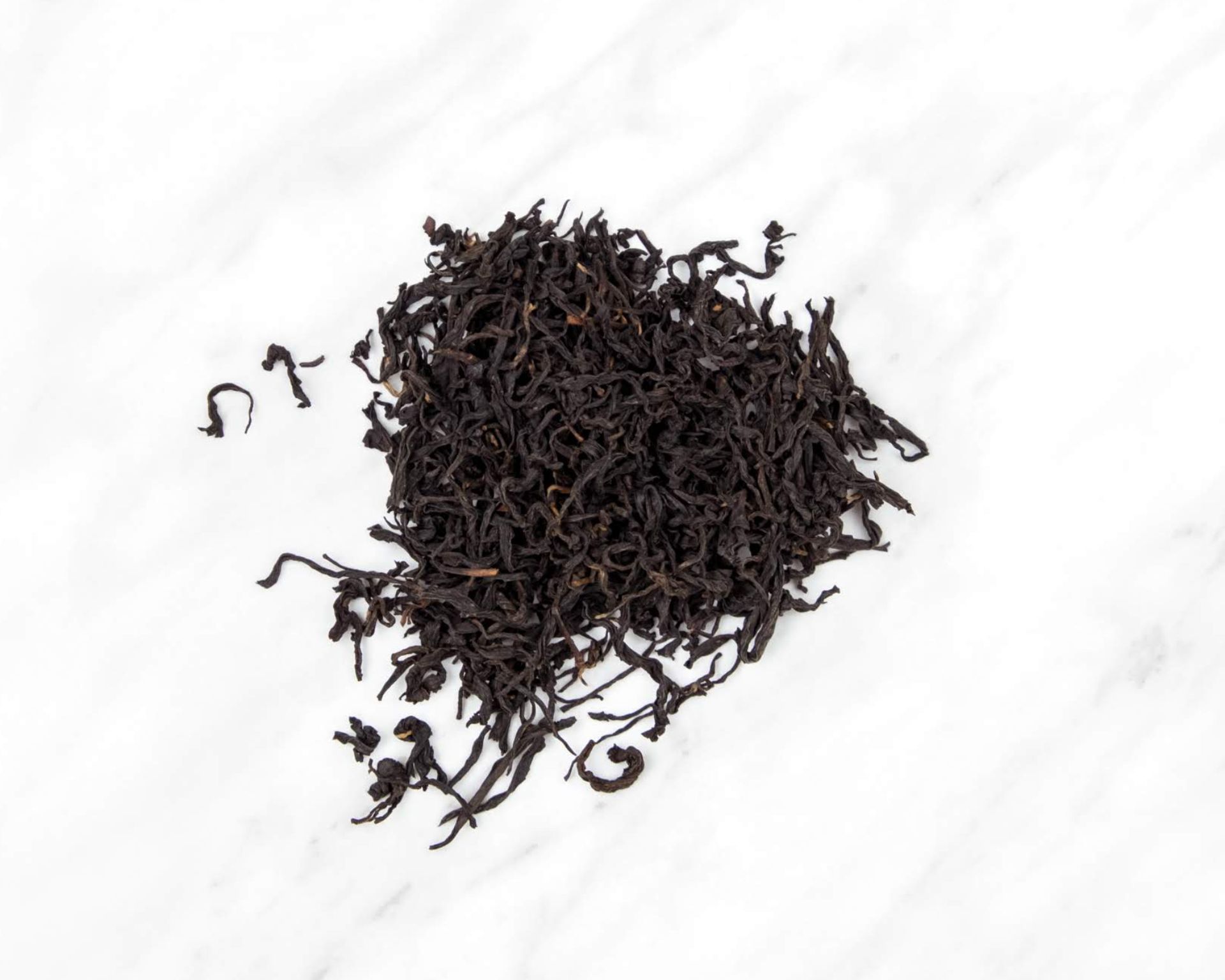 Grown in the birthplace of black tea, this Wuyi Black definitely carried historical weight on its back. The volcanic soil and spring water in Wuyi played a miraculous part in developing its fruity flavour intertwined with a hint of spice. Perhaps this was how Wuyi tea has taken Europe by storm, and with thievery and wars attached to its name. Note: Fruity, Spice Gongfu: 5g | 100ml | 95c | 5”   Western: 5g | 250ml | 95c | 30” The tea producer for this Wuyi Black Tea in Tongmu worked tirelessly in preserving traditional tea processing techniques. Their goal is to bring out the tea’s natural complexity that reminiscing the alluring flavour everybody fought for.

The Story of Wuyi Black Tea

Tongmu in Wuyi is known as the origin of black tea. In 16 and 17th centuries, competition among European trading companies was fierce with everyone trying to build out the fastest clippers to bring Bohea (former name for Wuyi) tea back to Europe the quickest. With China being the monopoly for such hot commodity, England determined to change this by sending botanist Robert Fortune into China thieving this trade secret, which resulted in India becoming another tea producing nation.

What’s more fascinating is that Chinese black tea was also the lead character starring in the Opium War and Boston Tea Party. But we’ll save more storytelling to some other time. #maketeanotwar. Back To Top

We hope you enjoy the first Teakan Exploration. We’d love to hear from you for feedback, tasting notes, ideas for the next exploration kit or just to say hello. Join our conversation on Instagram or subscribe to our newsletter to stay in touch. Talk soon!